And if it’s a fundraising event, it’s important to keep families there rather than have them wander off halfway through the event.

Each year Magic Peter designs a family magic show specifically for events where there will be a wide range of ages in the audience. 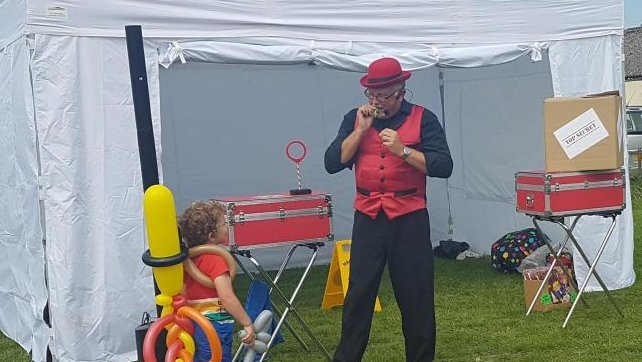 It’s also designed to be performed outdoors, as many such events are held during the summer, when organisers can take advantage of the good weather and the open spaces of village greens or school fields.

The show has plenty of interaction with the audience, much like a traditional pantomime, with the audience telling Magic Peter what goes wrong (that happens a LOT!) and then helping him sort things out by magic.  It’s like a full stage show, with music and sound effects to complement the tricks and add to the fun of the show.

Children (and, on occasions, parents) are asked up to help, and those helpers receive prizes as a momento of their time performing magic for their friends and family. 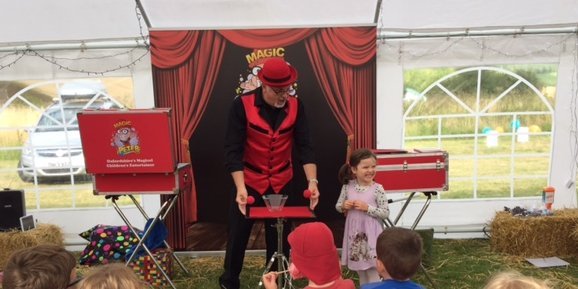 With enough notice, Peter can usually weave a particular theme into the show if your event has one. In the past he has worked to an undersea theme, outer space, superheroes, unicorns, pets, and so on.  Magic Peter will make your show special to your audience so that it adds to the overall event rather than being a standalone attraction. 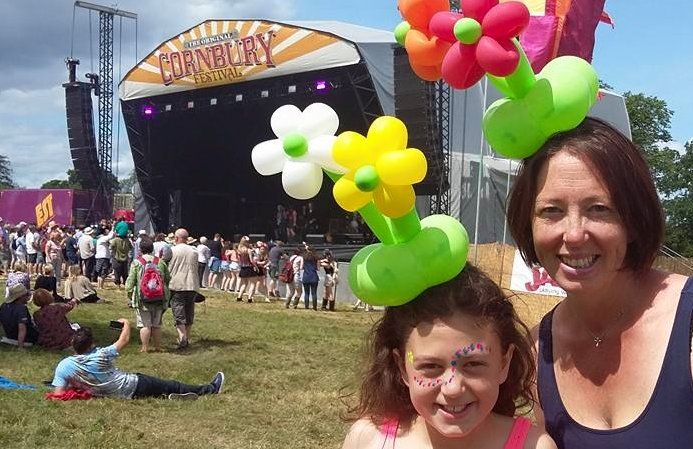 Magic Peter’s Family Magic Show can last between one and three hours depending on the length of your event, and can be split into a number of performances – say, three 30-minute shows spread through the day. In between, he can make free balloon models for the visitors, further adding to the entertainment and value of your event.

The cost will depend on the length of time you require me at your event, but prices start from £195.

This is a popular package and is booked  months ahead of time. So if you’re planning an outdoor event this year or next, contact Magic Peter now before he’s booked for a different fete or festival.