All at Sea at Easter

I’ve performed indoors.  I’ve performed outdoors.  I’ve even performed on a moving double-decker bus.  But this Easter was the first time I performed at sea, when I spent 11 days performing on Brittany Ferries’ Mont St Michel travelling between Portsmouth and Caen three times a day. 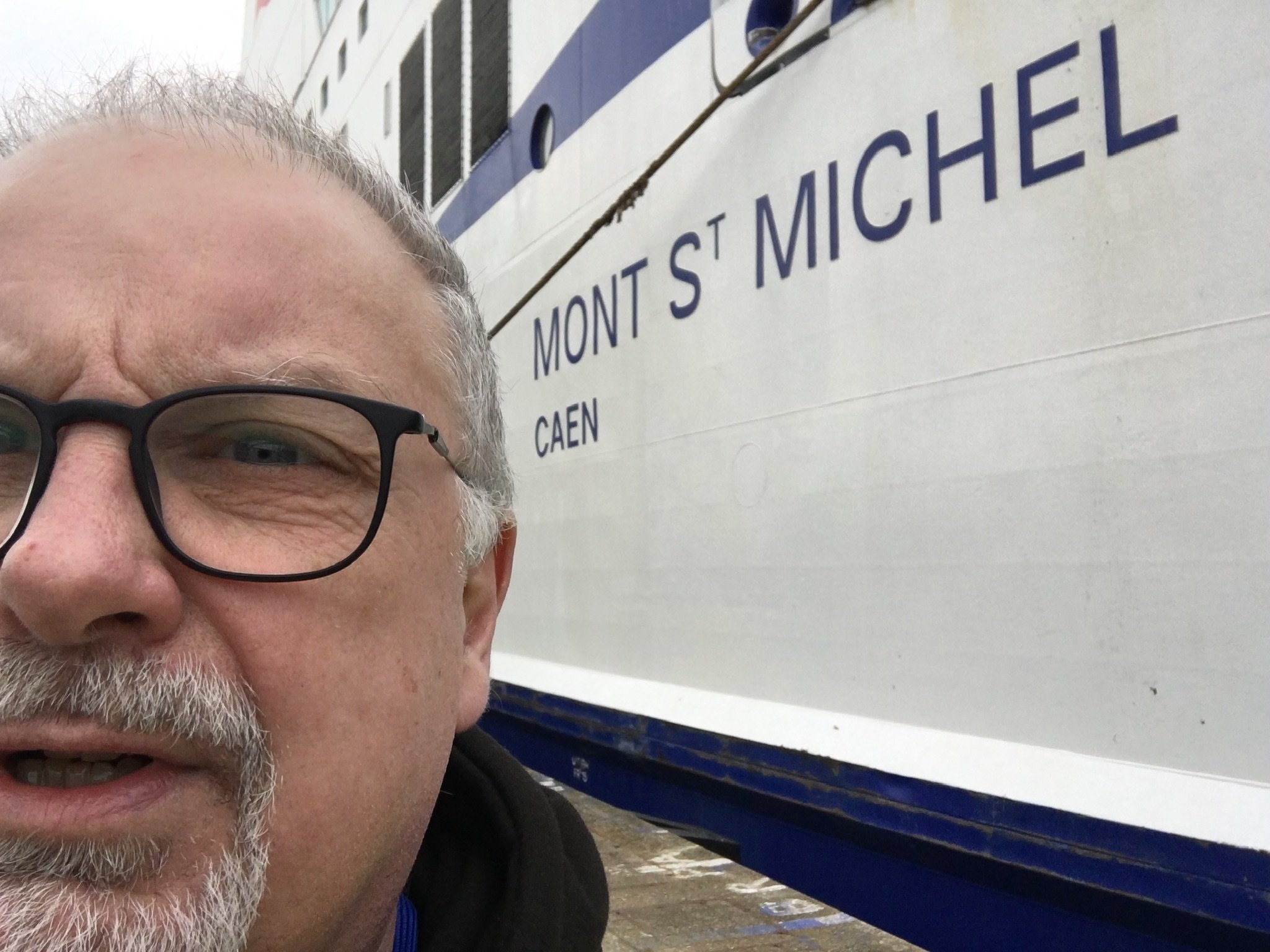 It was an exciting (and challenging) experience: three brand new audiences each day, with no idea who would be boarding, how many would be on board, and – slightly scarily – how many would speak English.  My schoolboy French wasn’t much good even when I was at school, and it’s a heck of a lot worse these days. 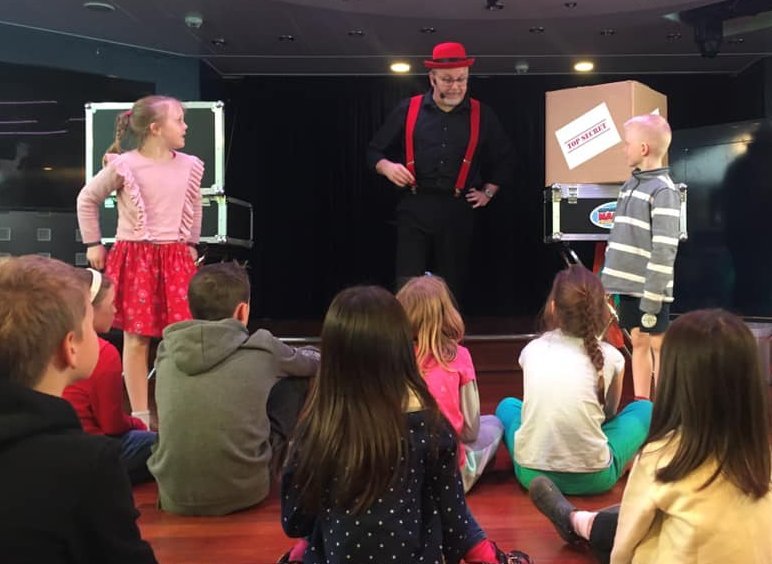 But we managed to make ourselves understood. I was able to perform some of my tricks in English and French, and I learned some new French words for popular balloon models, such as épée for sword and singe for monkey.  Speaking of balloons, I calculated I made 1500 balloon models in the 11 days at sea. In fact, they were so popular that the crew ran out of balloons  on the day before I left! 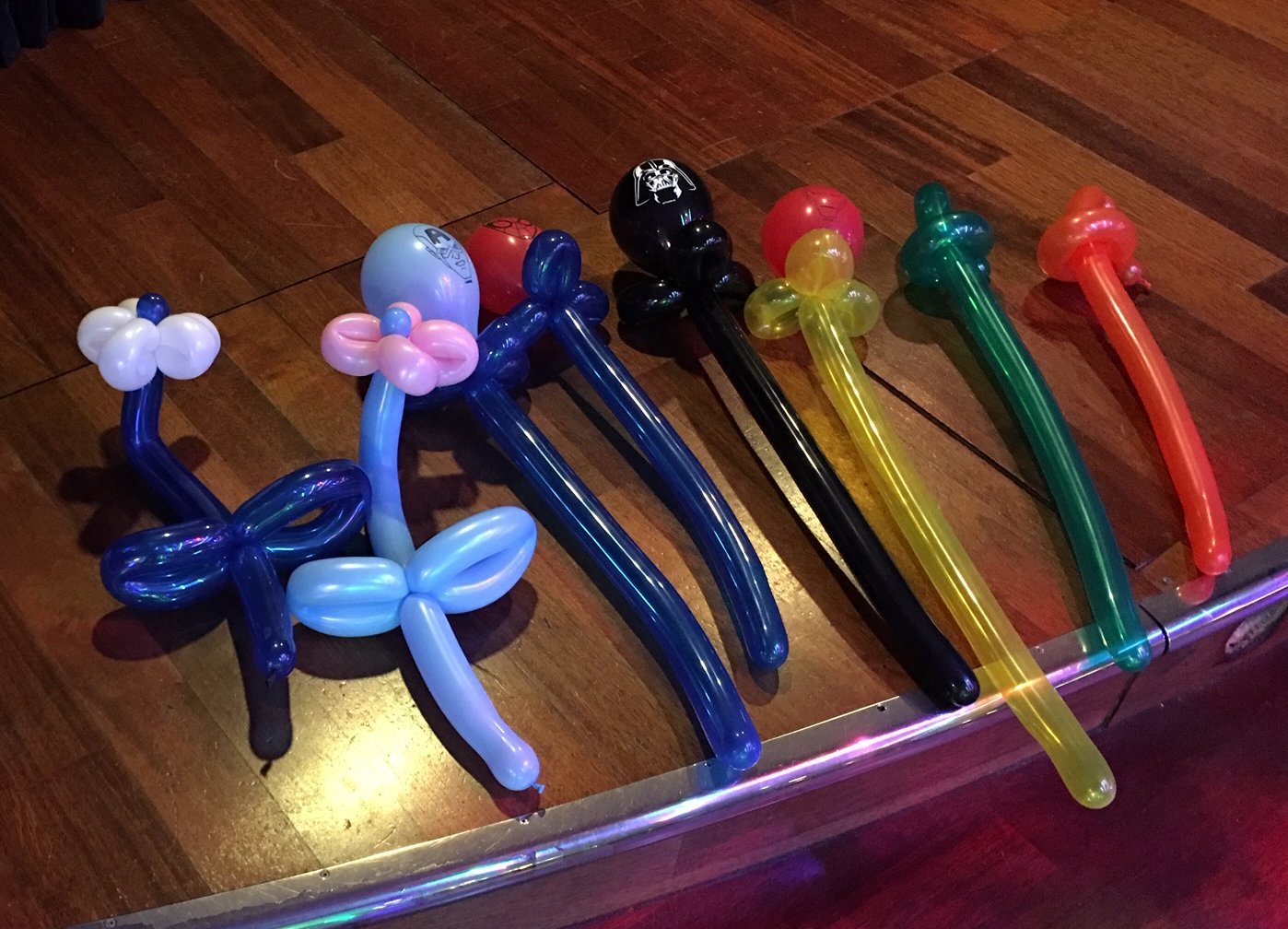 Despite the differences between these shows and my usual work, it was thoroughly enjoyable and very satisfying.  Living out of a suitcase wasn’t as difficult as I thought it might be, and my crew cabin was small but very comfortable. I worked with some amazing people (who spend a lot more time working afloat than I did), and we had loads of fun keeping the passengers entertained.  I even submitted to dressing up when we all went on a pirate treasure hunt! 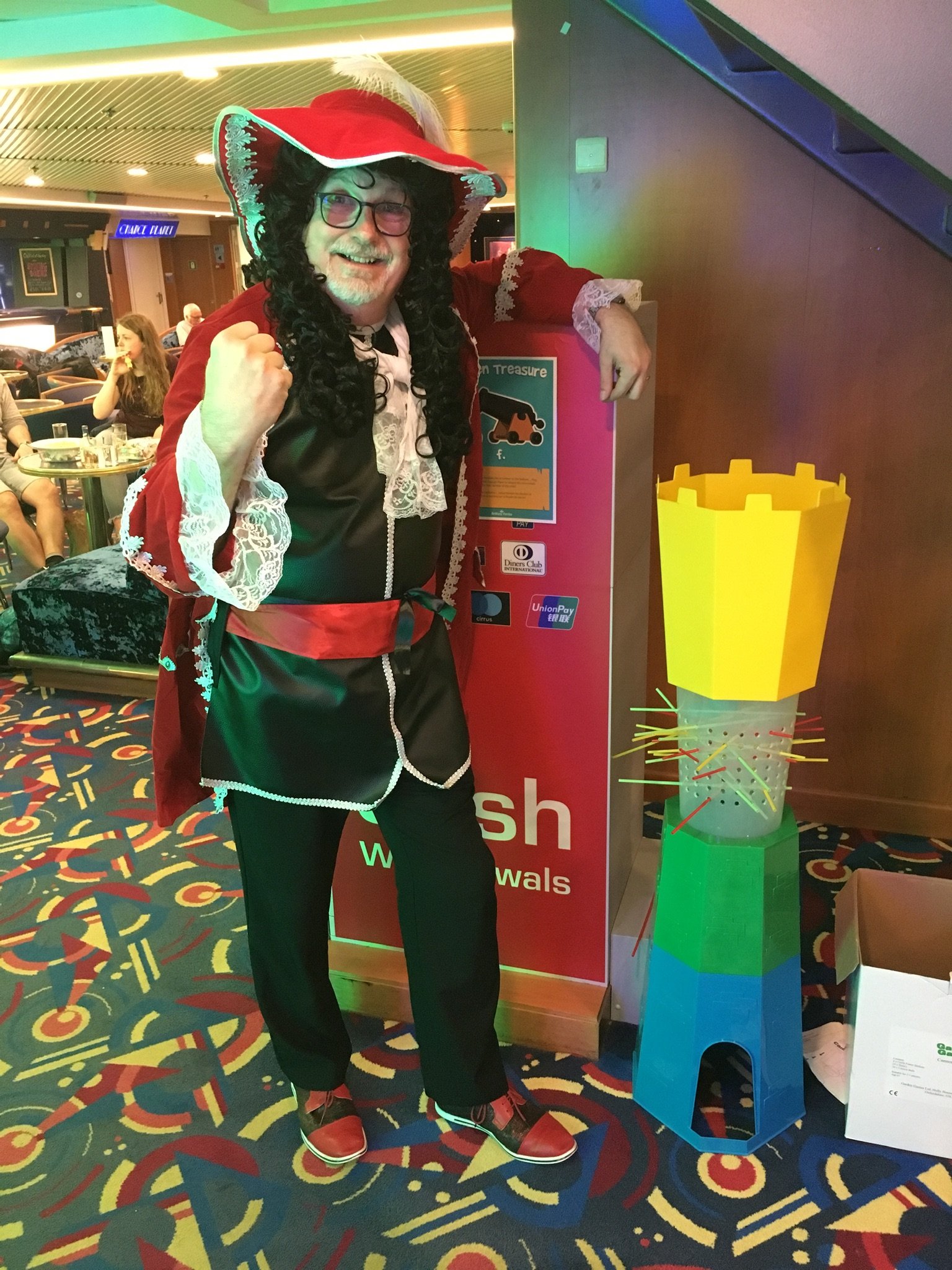 I met some amazing people. There was the group of cyclists riding from Cardiff to Paris, raising £22,000 for their local hospital.  And I won’t quickly forget the group travelling from Cern Abbas to CERN Geneva. I managed to make the balloon model of the Cern Abbas Man they asked for, but no, I didn’t take a photo!  Sorry.

And, of course, I met the star of the ship, Pierre le Bear. Thankfully, I wasn’t asked to dress up as Pierre. 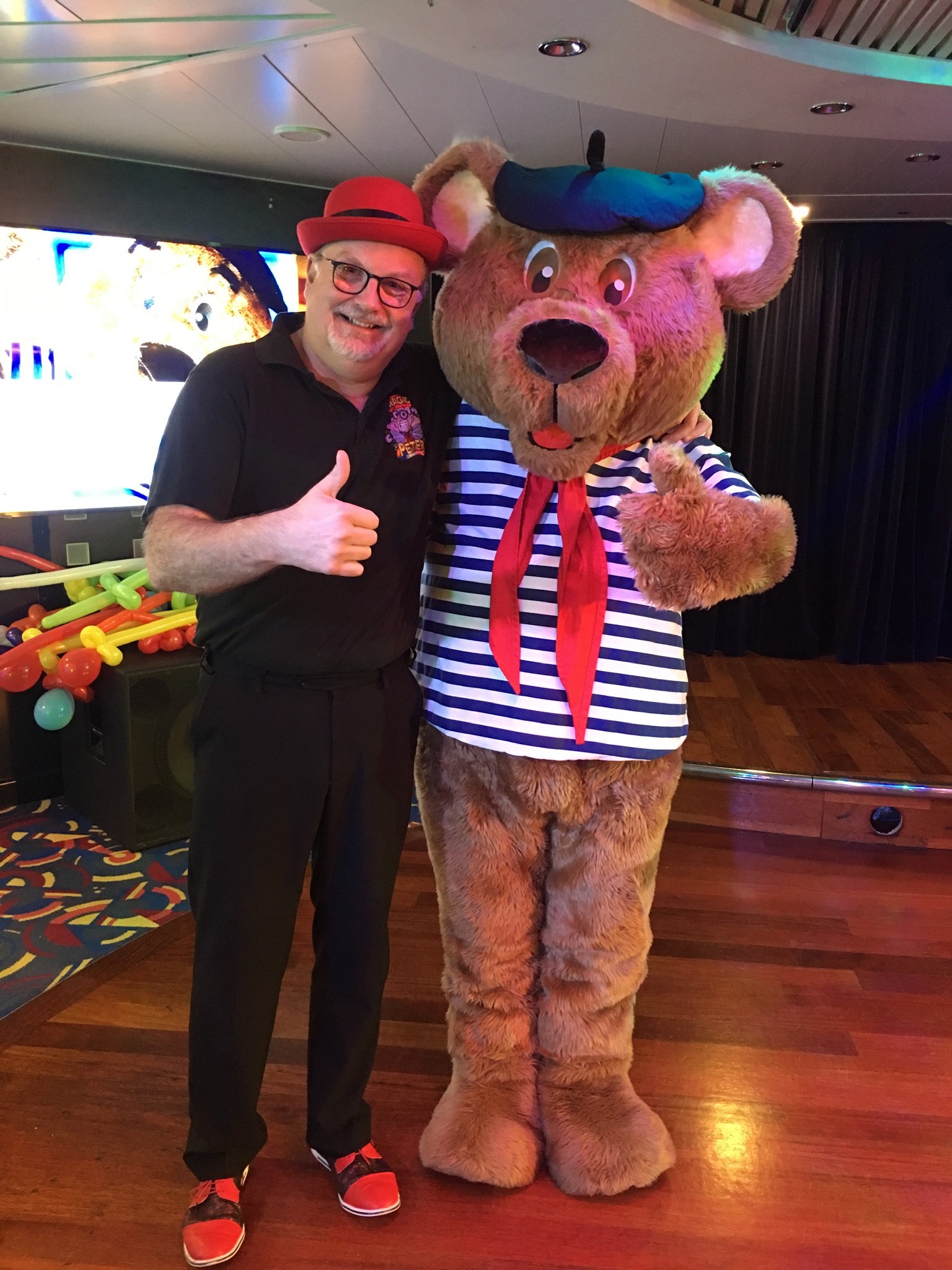 So, looking back, I’m really pleased I was booked to perform at sea.  I missed my family’s Easter celebrations, but I’ve added ‘at sea’ to the list of venues where I can perform.  I wonder what’s next?  Do you have a challenging venue or a challenging show for me?  I’m happy to discuss anything. 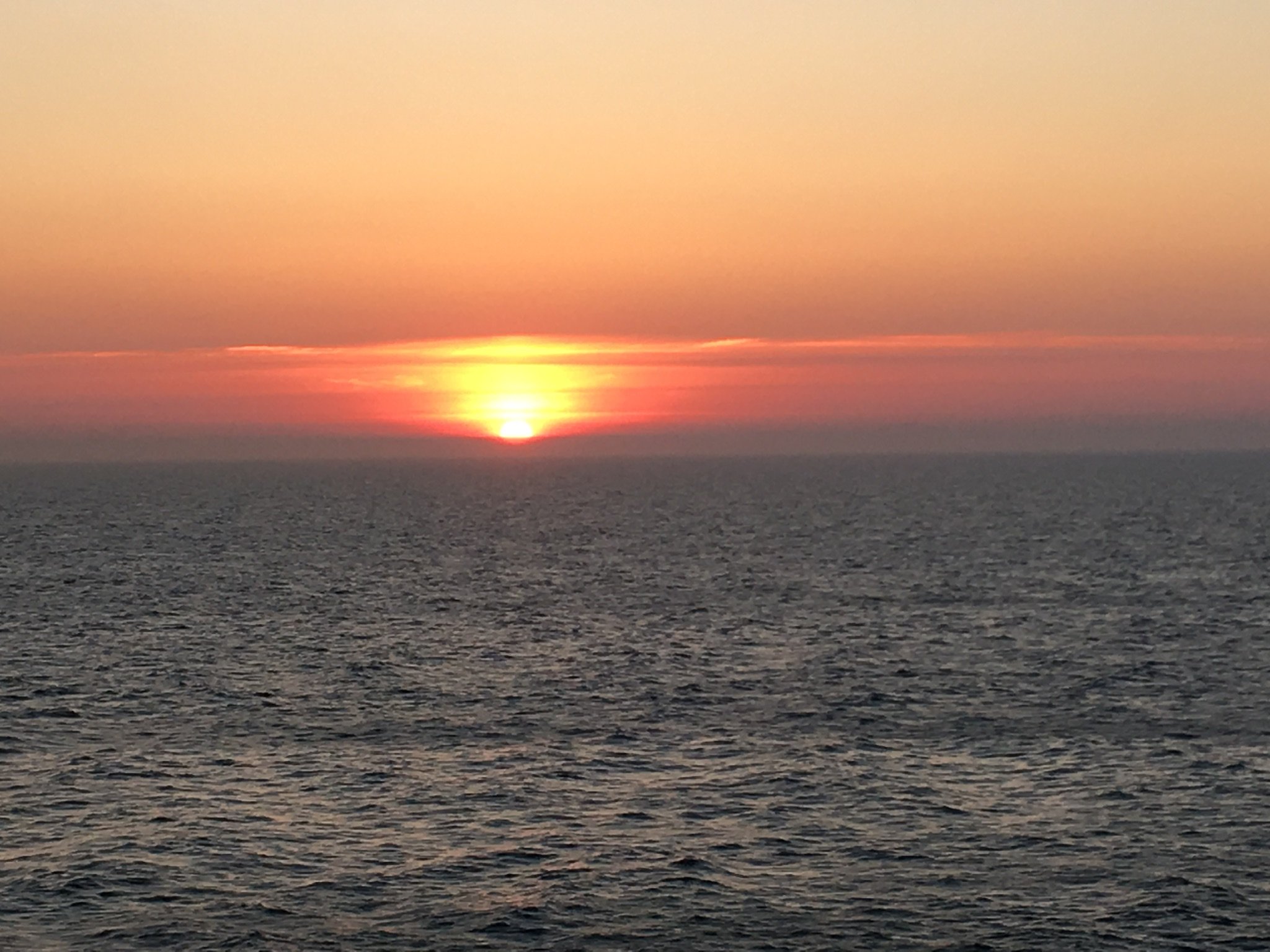